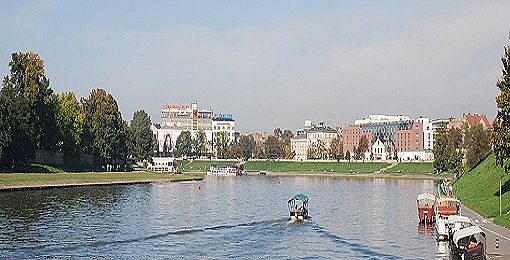 We recommend taking a walk along the footpaths of the Wisła Boulevards, from the bend of the Wisła River near Wawel, up to The Father Bernatek Footbridge. Various attractions await you on both sides of the river, including the Observation Balloon and the Forum Przestrzenie Club. Best of all, though, are the beautiful views of the river and its embankments. 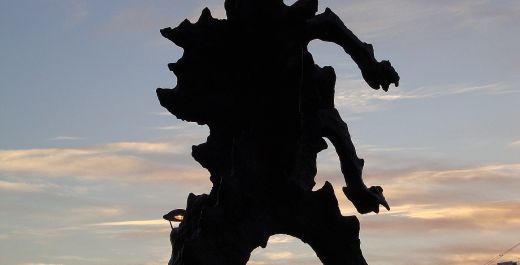 The dragon breathing fire under Wawel Hill reminds us of a legend - when during the reign of Prince Krak - the legendary founder of the city of Krakow - it was terrorising the inhabitants of the castle and eating virgins. Many brave knights fought the dragon, but it took the brave Szewczyk Dratewka to defeat it. The dragon cave, which was inhabited by the dragon, is open to visitors. While on Wawel Hill, it is worth visiting the dragon's cave. 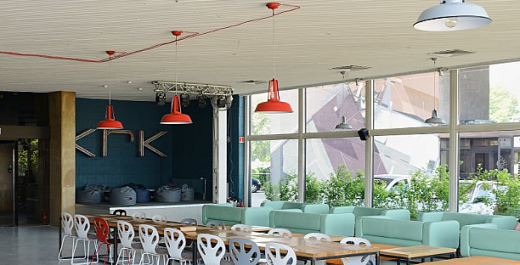 A club cafe with a garden on the bank of the Vistula River and a view of Wawel.  Open from early morning - you can have breakfast here. During the day it is a social meeting place with over 100 deckchairs, and at night it hosts parties to the rhythm of music provided by DJs. In 2013. Forum Przestrzenie was unanimously voted the most trendy club venue in Krakow. 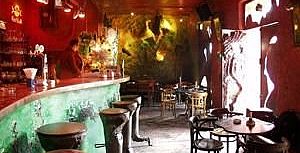 One of the longest established pubs in Krakow's Kazimierz district. Positive music, people from all over the world at the bar, interesting interior design and a dozen of other clubs, bars, cafes and pubs in the area.
A few metres from Mechanoff there is a famous "okrąglak" where famous zapiekanki are sold, as well as chops from Endzior! 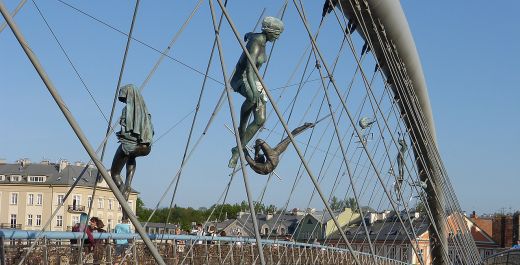 This pedestrian bicycle bridge over the Wisła connects the Kazimierz district with Podgórze, and was built on the site of the old Podgorski Bridge. The Father Bernatek Footbridge has also become popular with couples – along the bridge’s railings are hundreds of ‘love locks’, inscribed with dates, initials and declarations of love and romance. 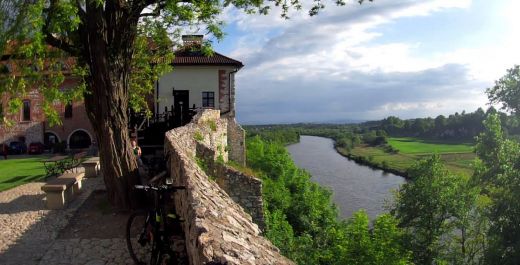 One of the most beautiful cycling routes in Cracow. We encourage you to start the tour near the Father Bernatek Footbridge and reach the area of the Benedictine monastery in Tyniec. Beautiful views are guaranteed along the entire route. 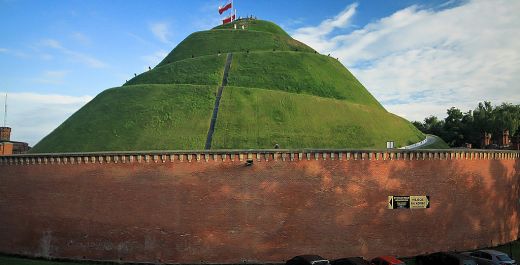 You can admire a panorama of Kraków from the Mound - it was raised in 1823, was 34.1 m high and 8.5 m. diameter. In the middle of the 19th century, the Austrian invaders surrounded the mound with a ring of fortifications. Nowadays, overgrown with greenery, it is a place of frequent open-air events. As a result of powerful torrential downpours in 1997, the mound was damaged, and its renovation cost nearly 15 million zlotys. 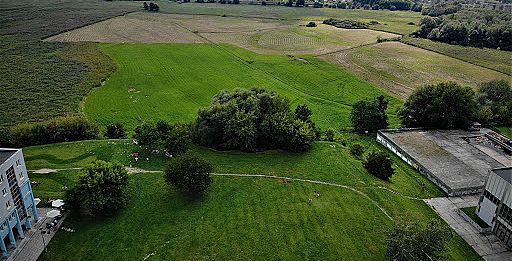 The Nowa Huta Meadows were founded around an oxbow lake, split from the Wisła in the Middle Ages, as part of the fields and meadows neighbouring Krakow. In the 1950s, it was planned for the area now occupied by the Nowa Huta Meadows to be turned into a massive artificial recreational lake, which now forms an integral part of today's so-called Old Nowa Huta. Nowadays, the Meadows are home to more than 370 species of flowering plants, including rare, protected Early Marsh Orchids, Pink Maidens and Valerian. 37 bird species also make their nests there 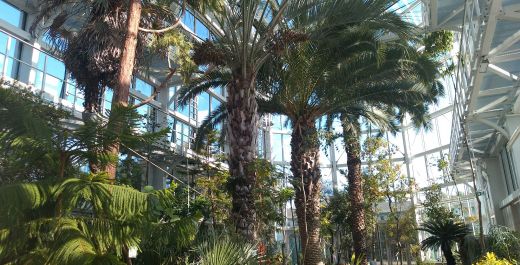 The 10-hectare Krakow Botanical Gardens were built on the site of the Czartoryski family's own garden, purchased in 1752 by the Jesuits and now operated by the Jagiellonian University. Its ‘Dutch’ greenhouse was built in 1954 and boasts gorgeous collections of orchids and other hothouse flowers, while the 1966 ‘Jubilee’ palm house is home to a variety of tropical trees and plants. In 1976, the Gardens were listed in the register of monuments, as a valuable natural monument, and as a monument to the history of science, art, gardening and culture. 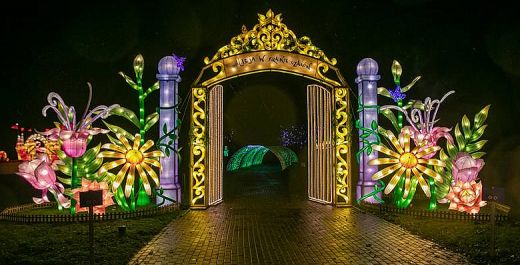 The Garden of Lights

In the Garden of Experience in Krakow, on Aleja Pokoju, in autumn and winter, a wonderful light exhibition shines. The Garden of Lights is Poland's largest Lighting Show, based on Alice in Wonderland, which is a must-see! The Garden lit up for the first time in 2020. 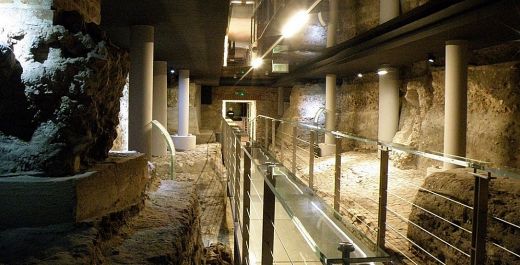 Rynek Underground is the newest branch of the Krakow Museum, open for visitors since 2010. It enjoys great popularity among tourists as one of its main attractions. And rightly it is. In fact, the exhibition appeals equally to children, teenagers and adults. It is a huge space hidden about 5 metres under the Main Square, filled with multimedia: steam screens, touch screens, holograms and sound effects. This modern technology is not meant to be an attraction in itself, but to complement the story of a guide through the Rynek Underground. And the guide will take you to an extraordinary world, the world of medieval Cracow, where you will feel as if you were in Cracow Market Square in the 15th, 14th or 12th century. Following the exhibition you will go back in time - like an archaeologist who digs deep into the ground and reaches ever older finds. 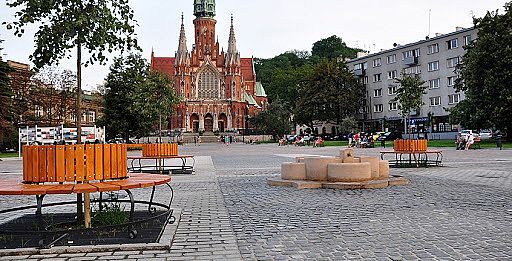 Podgórski Square is an unique market square in the shape of a triangle and the heart of Krakow's Podgórze district. The composition of its space comes from two periods: the end of the 18th and the first half of the 19th century. It is towered over by the beautiful St. Joseph's Church, a neo-Gothic masterpiece with an 80-metre clock tower. The Podgórski Market Square is a perfect place for a Sunday walk and an ideal base for exploring the narrow streets and old tenement houses. The cobbled paths gradually climb upwards leading to the Lasota Hill and the Krakus Mound, often visited by the cracovians and tourists. Along the way, we recommend a visit to the Bednarski Park located in the surroundings of the old quarry. 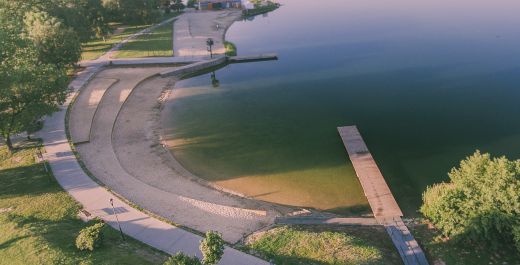 You no need to go to the seaside or to Masuria to surf or to sit on the beach. If after some sightseeing you would like to relax on the beach surrounded by nature, or if you would like to go sailing or do other activities, everything is right here in Krakow. The Bagry Deluge is located between Lipska Street and Wielicka Street in Krakow, in the Podgorze District. It is located almost in the geographical centre of the city, just a few kilometres of Wawel Castle. The Bagry beach is a place with a separate resting area for people who appreciate peace and relaxation and a space for enthusiasts of crazy fun and water sports. It is also an ideal place for bikes lovers or anglers, in short: there is something for everyone. In our opinion, it is a must-see spot on the walking map of Krakow. 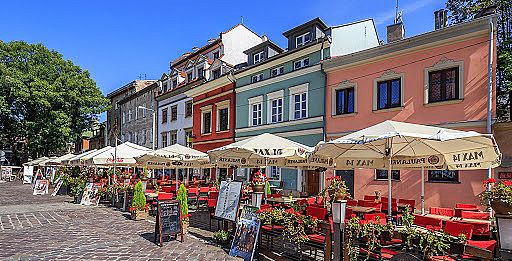 Szeroka Street is the heart of Jewish Kazimierz.  In practice, it is an elongated square with old synagogues, a palace and houses from the 16th, 17th and 18th centuries. The fact that there used to be as many as four synagogues on this street, which was not the case anywhere else in Europe, testifies to its importance. The street served as a marketplace, around which the life of the inhabitants was concentrated. Many monuments of Jewish culture have survived to this day. Today, despite the fact that the Jewish town has long ceased to exist, it is here that one can most often come across Orthodox representatives of the Mosaic faith. The synagogues that have survived today are a remarkable reminder of those times. Tenement houses turned into cultural centres, small hotels and flats as well as atmospheric cafés and restaurants with gardens often refer to the history of this place by their architecture and decor. Once a year, Szeroka Street celebrates the revival of Jewish traditions. Every year since 1988, the International Festival of Jewish Culture - one of the largest and oldest festivals of its kind in the world - has been held here. 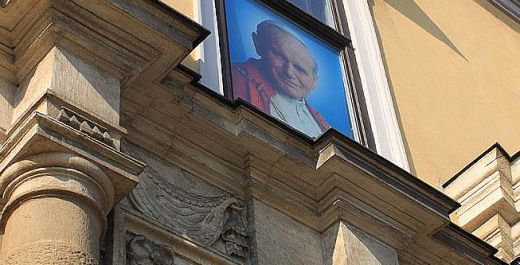 The Pope's Window, located at Franciszkańska 3 Street, is a window in the Bishop's Palace in Kraków, famous in the whole of Poland (and not only), where the Polish Pope, now Saint John Paul II, always appeared during his pilgrimages to Poland, for informal talks with young people. Today, this window displays an image of our Pope. 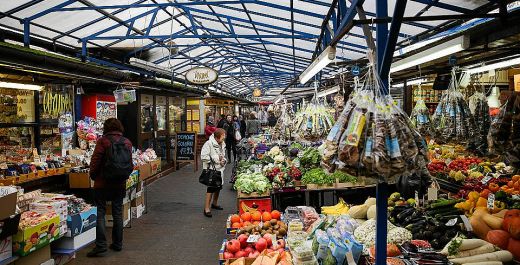 Krakow is famous for markets and bazaars. If you like strolling around the city's market squares, tasting local products and admiring handicrafts, then you know that Krakow can handle it! Apart from the city's famous Stary Kleparz (where you can often meet local artists buying vegetables), it is worth venturing a little further into the city and discovering other, equally charming places. It is worth going to Plac Imbramowski. They sell delicious bread, fresh fruit and vegetables, wicker baskets, small household goods, shoes or flowers. We also recommend Plac na Stawach and Rynek Dębnicki. You can't miss the famous Market Hall - Hala Targowa. Every Sunday at 4 a.m. it gets crowded. Traders set up their treasures and the first seekers, shining their torches, look for the most valuable items. In the evenings and at night the Hala Targowa is visited by tourists and clubbers who want to taste the legendary sausages from the Blue Nyska. 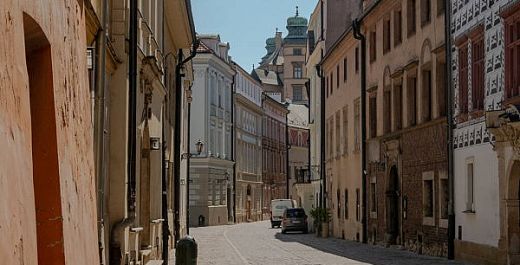 The street of the old Okół village, which was incorporated into Krakow in 1401. The first brick houses that were built here belonged to the cathedral canons, and today many renaissance and baroque tenement houses with decorative portals and attics have been preserved. Each house here has its own name. Kanonicza Street is one of the most charming streets in old Kraków. It has something mysterious and romantic about it. This combination of artistic architectural details and the beautiful view of the imposing Wawel Castle make up a wonderful image of the old city - you can definitely feel the spirit of history here. 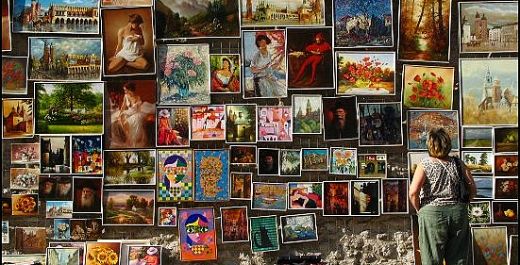 This place is so strongly marked in the scenery of Krakow and the its Old Town that it is well known by every Cracovian, and often also by tourists visiting Krakow. The gallery of paintings hanged on the wall of the Florian's Gate is an unusual attraction. In this place, art is for everyone, you just want to stop and look at it. The pictures at Florian's Gate belong to the Art Gallery with which many artists have been cooperating for decades. You can also admire and buy paintings in the stationary gallery at Floriańska 36 Street, where there is also a picture framing point. 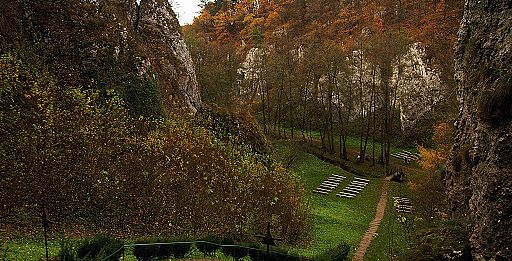 Krakow is an ideal base for quick day trips out of the city into nature. Being close to the city you can experience really beautiful views among rocks, picturesque gorges and babbling streams. Among the most beautiful valleys near Krakow we can mention the Będkowska Valley - the most touristic in terms of infrastructure, with ponds and a restaurant where you can eat fresh trout, the Kobylańska Valley perfect for rock climbing, the Bolechowicka Valley surrounded by limestone rocks, the Kluczwody Valley with large caves and castle ruins, or the less popular Eliaszówka and Racławka Valleys surrounded by forest and running along a stream.